Over the coming months, I will be writing blog posts featuring members of our cast. I recently caught up with Fraser Smalley for a chat. Fraser has been with us for four years now. He also represents the UK in the Under 19 Great Britain Rafting Team as the Vice Captain of the crew.

Fraser said, “I joined Spotlight Productions after Open Stage merged with them in 2014. I was 15 at the time and my first show was Singin’ in the Rain. I loved this show as it is a personal favourite of mine. I am in my fourth show at Spotlight now and I have been lucky enough to have had quite a few main roles. Disco Inferno was brilliant for me as it gave me the chance to play the bad guy for the first time. This was a challenge, but something I am very glad to have done.” 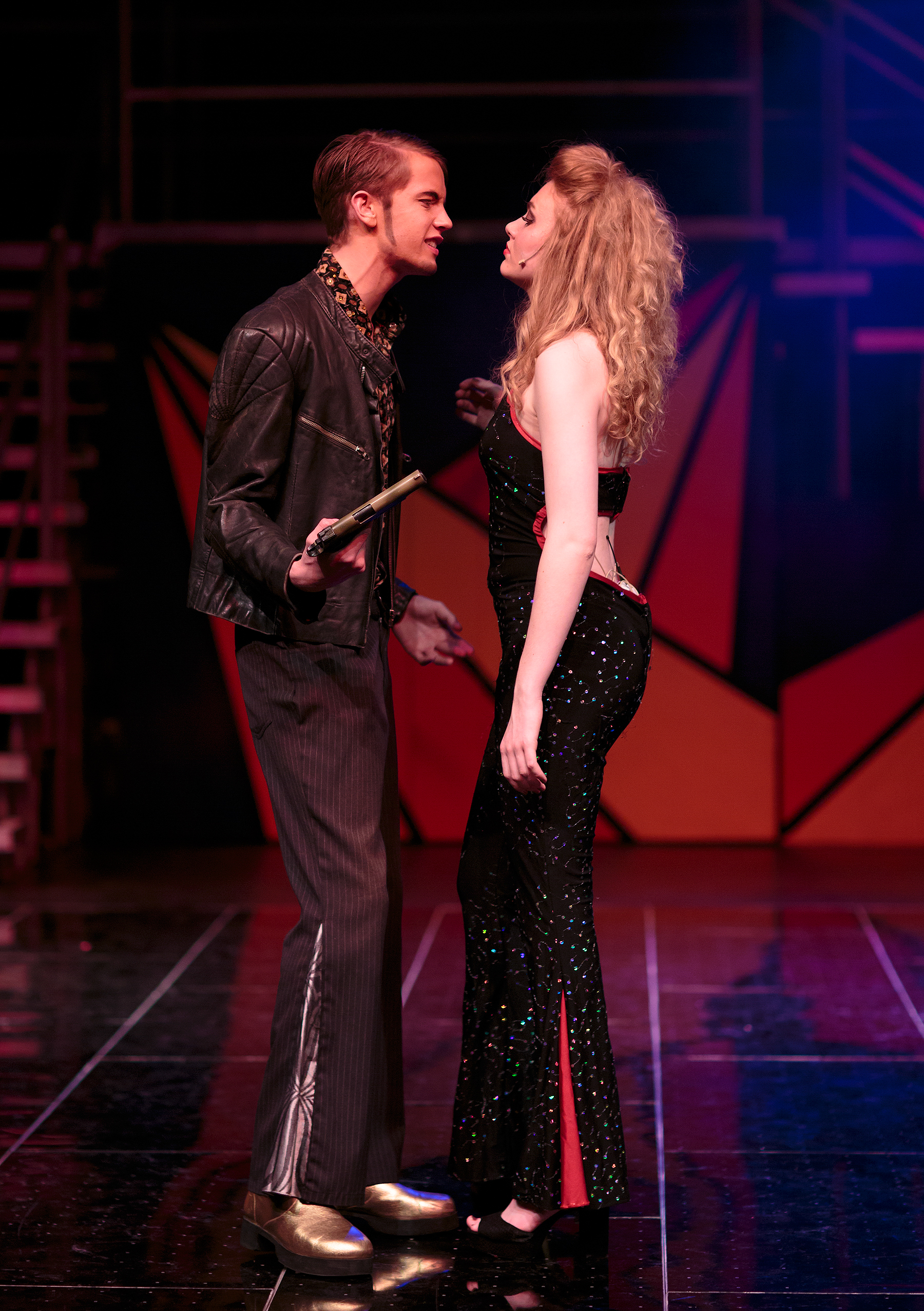 “Last year was great also, as I got to play a few different main roles in the Spotlight production of Legally Blonde. These parts were completely different characters. This made it very challenging as I had a lot of quick changes but, thanks to the amazing Spotlight costume team, they all went perfectly (ish)!  A particularly fun role was Carlos in the Gay or European number as he is very eccentric and ‘out there’. This year, I will be playing Monsignor O’Hara in Sister Act. He’s a great character as he is very reserved but still has comedic moments and, by the end of the show, he is very much immersed in the Deloris world!”

As well as Spotlight, Fraser also competes as part of the Great Britain Under 19 Rafting Team as the Vice Captain of the crew. Here is a photo of Fraser with some of the cast in his kit.

“I have been competing at a national level of sport since I was 14 but this year is the first time I will officially be an international athlete. From age of 14 to 16,  I was part of the Great Britain development squads in Canoe Slalom. I was coached by current Olympic Gold Medallist Joe Clark and Olympic Coach and former world champion Shaun Pearce.”

“I made the move from Slalom to Rafting at the end of summer 2016, after being asked to join a new Under 19 crew. In March, we were selected to compete at the 2017 World Championships in Japan. I hope next year to join the GB Under 23 boat for the World Championships in Argentina, as they are the current world champions!”

“Balancing my sporting career with Spotlight has been difficult but manageable as sometimes it’s nice to leave the high-stress environment of top-level sport and come home to my wonderful Spotlight family. The friendships I have made in this group have been incredible and I can honestly say that, without the support and love I have had from everyone at Spotlight, I would not be doing what I am today! Hopefully, I will be able to bring back some medals to show the cast as compensation for me being missing at rehearsals over the next few weeks.”

I am delighted to report that Fraser finished with three bronze medals and one silver medal, finishing silver overall. The photo (left) shows Fraser proudly wearing his medals.

You can see Fraser perform in Sister Act in April 2018.

For more information about Spotlight or to get involved, please contact us.